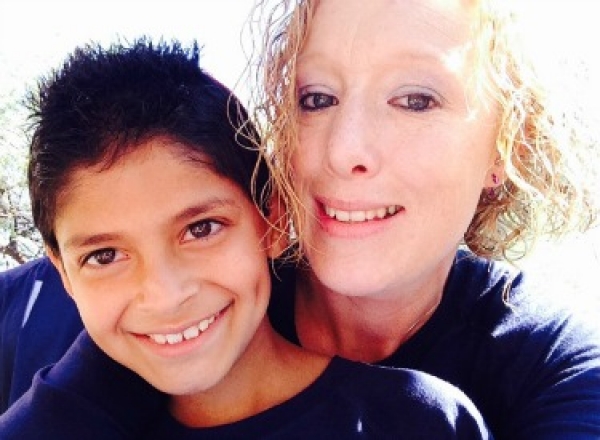 Danielle and Eli are now together in a Forever Family

Although Danielle and Corky had three children, they felt their family was not yet complete. In 2012, they became licensed foster parents through Catholic Charities with the hope of adopting.

In the last two years, they saw nine children come in and out of their home. As foster parents, they never knew if the child who came to live with them will be there for one day or forever—but whatever time they spent, Danielle wanted to show them love.

“In our family, we love big,” says Danielle.

While fostering children was rewarding, falling in love with children and then saying good bye started to become difficult. “You can only say goodbye so many times before it changes you,” says Danielle. So the family made a decision to seriously seek out the adoption of a child.

Danielle’s Catholic Charities licensing worker, Renee, also made it her mission to find a good match. After some waiting and a lot of prayer, they discovered an 8-year-old boy who would be their son, forever. 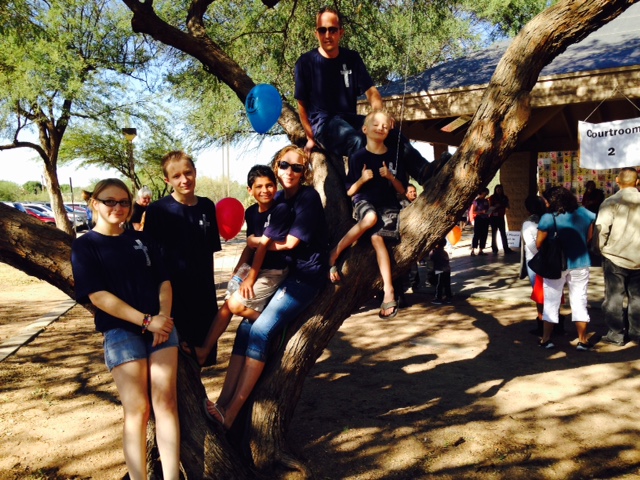 Eli, had spent the last four years in foster care and was living in a group home in southern Arizona.  Danielle and Corky began driving three-hour trips twice a week, so they could get to know him. He officially moved in in July 2014, right after turning age 9.

The first time Renee visited Eli at his new home, he got very nervous. He was afraid she would take him away. Danielle explained that Renee doesn’t take kids away, she finds them forever families.

From Foster Care to Forever

There were some bumps in the road. Eli had a lot of behaviors that they had to watch closely, and he struggled in his new school. Part of his behaviors stemmed from the uncertainty of being taken away and past trauma.

He was officially adopted on November 8. He has since settled in to his new forever family. He plays soccer, sings, dances, loves building with legos and does well in school.

One day Eli overheard the family talking about one of the older kids moving out after he graduates from high school. Eli was confused at first and then said he never wanted to move out. For Danielle and Corky, that is just fine.

Learn more about becoming a foster parent by attending a free orientation or learn other ways to get involved.

More in this category: « Billboard Encourages Adoption Considering Adoption »
back to top