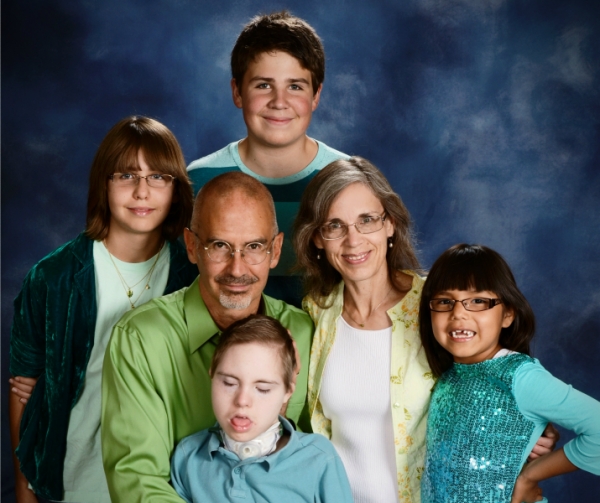 John Nystedt had never considered adoption. He wasn’t against the idea, it had just never occurred to him. He already had three biological kids. But his wife Annette dreamt of bringing children into her home—children who had no one else— and making them family.

After some time and many conversations, Annette convinced John to take a first step in getting more information.

The Nystedts contacted Catholic Charities in 2009. They found out about the great need for foster families, the licensing classes and how they could adopt a child through foster care.

“The best interest of foster children is that they be reunited with their biological family or close relatives, but it’s not always possible,” said John. “We decided we could be there in the unfortunate event that it couldn’t happen, and we could become their adoptive parents.”

Through the years, they fostered nine different children. Some foster kids stayed for a day while others stayed for a year. Each child touched their family and left behind beautiful memories they will never forget. As important as it was to help all of those children, they yearned for a child that would stay forever.

In July of 2013, they met a 7-year-old girl named Tyrin. “When we learned of Tyrin, she was in another foster home,” said John. “When she became available for adoption, the foster parents were not able to adopt her.”

In November 2014, the Nystedts officially adopted Tyrin. Their sons, Nathaniel (age 15) and Micah (age 13), along with their 11-year-old daughter Sienna are thrilled that Tyrin, who is now age 8, will be a part of their family.

Have you considered becoming a foster parent parent? If so, you can take a simple first step by attending an orientation to learning more how you can make a difference in the life of a child.