A Household of Healing 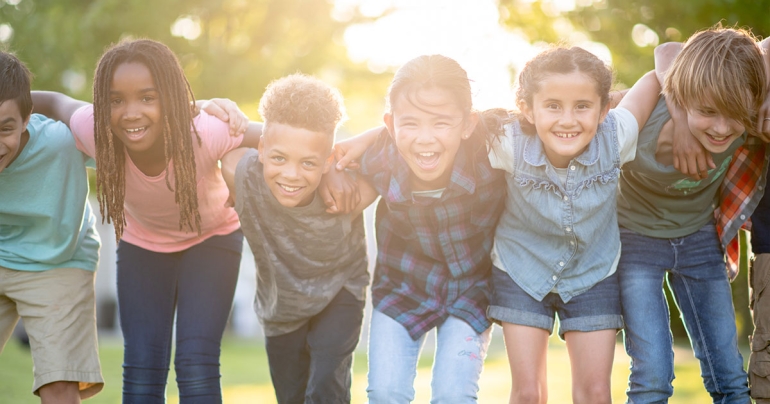 Foster care has had a deep influence on Barbara’s life ever since she was a child. Her parents did foster care and were involved in the community, so she grew up in a house bustling with children of all ages.

Barbara got married to her husband and had a biological son in 1991. Her son was overjoyed at the idea of having siblings to spend time with, and Barbara was hoping to expand her family as well and help children the way her parents had.

Growing and Thriving As a Family

When her son was about nine years old, Barbara and her husband attended a meeting with Catholic Charities Foster Care & Adoption, which was Catholic Social Services at the time. The family adopted their first child, who Barbara did respite care for and taught special education to, in 2000.

After a brief break, Barbara and her family are now in their thirteenth year of foster care. In this time, they’ve had roughly 36 children in and out of their home and have adopted seven.

“It’s a huge reward just to watch these kids grow. It is hard, it is heartbreaking, but it is worth it, “said Barbara.

Although it can be emotional when Barbara has to say goodbye to one of her children, she finds it rewarding to build and maintain relationships with the biological parents. She wants the best for the parents as well as their children, encouraging them, acting as a support system and making sure they know they’re loved.

The impact of Barbara’s kindness is evident by just how many children come back to visit her family after being reunified. Her most valuable lesson for the children is that just because their parents may have made poor choices, doesn’t mean they are bad people. She encourages her children to focus on their healing and to not let their pasts define them.

“Focus on forgiving and moving on and not letting it weigh you down. A couple children we adopted really struggle with that and some of my other ones too have taken those words to heart,” added Barbara.

Taking a New and Exciting Step

Barbara and her family continue to challenge themselves and learn new things. They’re training for a new program called High Needs Foster Care, which is a step between regular and therapeutic foster care (working with children with mental, emotional and behavioral health needs). The family is excited and feels confident that their experience will help them be successful.

If you’re interested in becoming a foster parent in Northern Arizona but aren’t sure how to get started, see our Foster Care & Adoption page for more information. We offer support throughout the licensing and training process and beyond!