Serving the Community Through Prayer 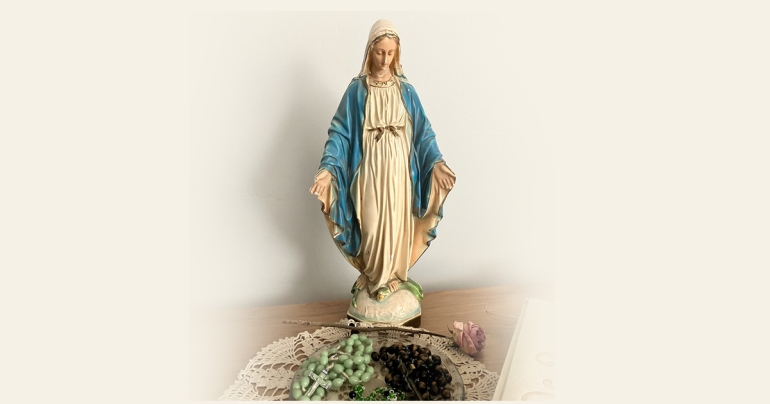 As far back as she can remember, Mary Tabuena’s family prayed the Rosary. Now a wife, mother and grandmother, Mary considers herself fortunate to have been raised in a loving Catholic home with parents who taught her how to pray.

It’s this strong foundation of faith that led Mary to become a Prayer Champion at Catholic Charities. A Prayer Champion receives requests from the community and prays for anyone in need of support, love or encouragement. 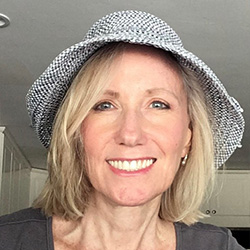 Mary got involved with Catholic Charities after seeing an article seeking volunteers for Parish Champions. However, she soon realized speaking to large groups wasn’t her strength. Parish and Diocesan Engagement Manager Dulce Valdez then approached her about becoming Catholic Charities’ first Prayer Champion.

The role was a perfect fit for Mary and gave her opportunities to share her faith with a community in need. “I firmly believe in the power of prayer and have witnessed many, many prayers answered throughout my life. I love being able to pray for anyone in need of God’s love,” she said.

When she was asked to help design the rosary for Catholic Charities, Mary was humbled. She keeps the Catholic Charities rosary with her other special rosaries at the foot of her family’s statue of the Blessed Virgin Mary.

“I knew Mary would be the perfect person to make the way for other Prayer Champions to join and design something so special. She has been faithful to this mission and she is someone we will always count on for prayers,” added Dulce Valdez.

Sharing the Gift of Prayer

For those who aspire to pray more, Mary recommends starting the day with five to ten minutes of prayer. She encourages them to invite the Holy Spirit into their hearts, turn to the saints for inspiration and look for avenues to connect to prayer.

Currently, Catholic Charities has over 30 Prayer Champions. The prayer requests vary by week, from short and simple to heavy and deeply moving.

For Prayer Champions like Miara, prayer has helped them come together as a community. “It has been an experience of the Body of Christ joining together in the power of prayer,” she said.

“Prayer is like a regular conversation we have with anyone. I have learned to just talk with God, be still and listen to Him,” said Steve Capobres, Vice President of Business Development at Catholic Charities and Prayer Champion.

Becoming a Prayer Champion is a simple way to prioritize prayer and share it with others. “It’s not a big time commitment, but it is a meaningful way to contribute to the well-being of [others] and their loved ones,” said Thomas, a Prayer Champion in Flagstaff, Ariz.

If you’re interest in sharing your faith as a Prayer Champion, contact Dulce Valdez at 602-650-4832 or This email address is being protected from spambots. You need JavaScript enabled to view it..

More in this category: « Jesuit Volunteer Instills Sense of Community at Rosewood Court Southwest Gas Cultivates a Culture of Philanthropy »
back to top