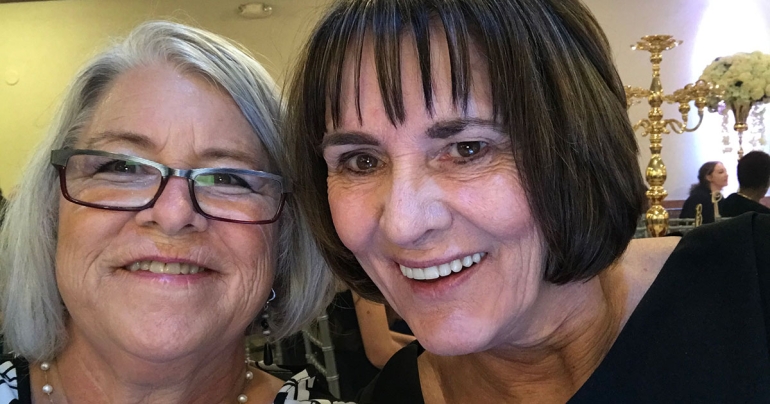 When children experience trauma at a young age, it radically alters the course of their lives, especially when that trauma isn’t recognized and treated. It takes extraordinary circumstances, including steadfast bravery, to deal with the long-term effects of that trauma and find healing.

When Barbara was 15 years old, she was raped, but was too afraid to tell a soul. She held things together, finished high school, and graduated at 17 years old. The next five years were a rollercoaster. She would do well for a while, but often turned to drugs and alcohol to cope, and eventually got involved with dancing, escorting and massage.

Barbara was smart and wanted more for herself. At 22 years old, she earned her medical assistant degree, left her hometown and didn’t look back. Life was good. She enjoyed her job, was successful and optimistic about life. Then the unthinkable happened. Someone from her past found her, came to her work and threw her down a flight of stairs. No one helped her or called the police. Barbara was a victim but instead of receiving help, she was fired.

Barbara fled and came to Arizona to start a new life. It seemed like no matter how far away Barbara ran, that attacker would always find her. When she was 24 years old, he found her again, and she almost died. She left the hospital but was still emotionally broken. She tried to make a better life for herself, only to be pulled back into her old lifestyle. Drugs and alcohol numbed the pain but didn’t solve her problems or bring healing. She sought treatment at rehab and got sober.

Life got better and Barbara went to nursing school. She was married and enjoyed life with her husband. Then he started drinking and became verbally and emotionally abusive. Soon, the abuse turned physical. She left with only the clothes on her back, forced to start over again.

On her own again, Barbara was in survival mode. She had never done street prostitution before but had no money, no resources, and nowhere to go. She made her own way for three years, working the streets but surviving. She was arrested many times between 1997-2000.

“While I was in jail, I saw a flyer that said, ‘DIGNITY program, for women wanting to escape the harmful lifestyle of prostitution and drug addiction.’ Of course, the first time I was in jail, I didn’t go,” said Barbara. The DIGNITY (Developing Individual Growth and New Independence Through Yourself) program was a residential program for women that focused on drug and prostitution recovery.

The arresting officers implored Barbara to make a change and get her life together. They told her she didn’t belong there. She took that encouragement and ran with it. While in jail, she finally signed up with Catholic Charities for the DIGNITY program. She also started attending Alcoholics Anonymous, went to church, and did everything she could to better herself.

Barbara was looking at seven years in prison. Kathleen Mitchell, DIGNITY’s founder, advocated on her behalf. The judge presiding over her case agreed, decided against prison, and sent Barbara to DIGNITYHouse for one year. This also included drug treatment, counseling, group therapy, community service, fines and probation. Barbara found a safe place at DIGNITY, with the support of other women who have been in similar situations.

Barbara was taken to the DIGNITY House and provided with everything she needed, including clothes that fit her, toiletries, and a sense of home that she had not felt since she was a child. Barbara worked through the program and was off probation in half the expected time. All the fines were paid, and she was enrolled in college and employed.

That year at DIGNITY was life-changing. Barbara was able to focus on healing and addressing trauma that had derailed her life all those years ago. It was a turning point for her, and all those she would help in the future.

Catholic Charities was expanding the DIGNITY program to include a non-residential diversion program. Kathleen encouraged Barbara to apply, and she was offered the job.

Barbara knew what it took for women to leave the lifestyle. She excelled at her job and continued her education. As her education level increased, her role grew, and she eventually became the Program Manager in 2003.

The program expanded under her leadership. She also collaborated with the Girl Scouts Arizona Cactus-Pine Council, creating programs for youth aimed at prevention. In 2006, she went to work for the Girl Scouts to build their programs, while continuing to serve as a facilitator at the DIGNITY diversion program.

After 16 years of helping youth, she had the opportunity to come back to the DIGNITY program as the Program Manager in 2022. Barbara is now working to expand and reinvigorate the program.

“My life is nothing like I would have planned it. I’ve been able to purchase my own home, travel, even take scuba diving lessons. Life isn’t what I expected. I would have sold myself short,” said Barbara. “The family relationships with my dad and mom, siblings are all healed. The healing took a lot of time. Now I’ve come full circle, to work for a program that literally saved my life. I couldn’t ask for anything more.”

You can support the lifesaving work Barbara is doing at DIGNITY by giving a one-time or monthly gift. Or help us provide personal items to women escaping trafficking by purchasing items from our Amazon Wish List.

This blog is dedicated to former DIGNITY Manager Cathy Bauer, who recently passed away, for her many years of service to help women in the Valley.