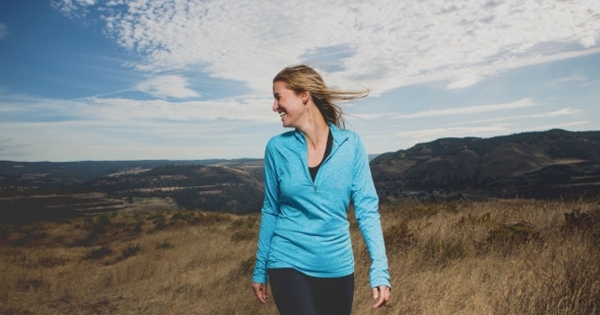 Kerry grew up in an upper-middle class family with loving parents. She was smart and capable; she owned her own home and had a college degree. Kerry was also addicted to meth. “I was never good at adulting or keeping a job,” said Kerry. She felt she was capable of more but struggled to make it happen.

At 30 years old, Kerry started down a new path that would take over her life. For the next 10 years she would experience some of the most dangerous and scary moments of her life. Pimps would control and manipulate her, she would be held at knifepoint, raped and robbed. She was also arrested several times.

Early on, following an arrest Kerry was sent to Catholic Charities DIGNITY Diversion program, an intensive education-based program to divert women from reoffending. This program includes a 36-hour educational class, rehabilitation services that offer support, education and resources as well as life skills classes. Once classes are completed the charges can be dismissed. For many women, this program is the first step toward freedom.

Despite everything Kerry learned in this program, she wasn’t ready to make a change. She still thought the life, a term used to describe the lifestyle of prostitution, could be better. She saw women with cars, jewelry, and designer handbags. She saw women who had all their needs taken care of and thought she could attain those things. She didn’t know it was an illusion crafted by pimps to control women.

In fact, during this time she met a man who would be her pimp for the next seven years. He manipulated and intimidated her to control her. He made her exercise and restricted what she ate so he could make more money off of her.

She stopped using drugs and worked 6-7 days per week, sometimes traveling from California to New York. Every move she made, every moment of the day, was dictated by her pimp who got every cent she made. He controlled all her finances, her car got repossessed and he took out a second mortgage on her house leaving her with $50,000 worth of debt.

When Kerry would think of leaving, he would talk about having children and a life together, which was another manipulation. After a traumatizing event left Kerry too shaken to work, her pimp would have her run his other legitimate businesses, businesses he started with her credit.

“Eventually, it all turned to ashes. I realized I had done everything I could, and I had nothing to show for it except trauma,” said Kerry.

Now, it’s been one year since Kerry left that pimp and the life. It has been hard for her. Kerry still has prostitution charges on her record, which make it difficult to find a job. Her family doesn’t really understand what she went through for those 10 years.

“My first gift to myself was therapy,” said Kerry. “I’m doing trauma work. I don’t know how to be in a healthy relationship, it’s hard to have boundaries … but I’m learning to ask for what I need.” She is trying to be better and healthier.

Bringing Hope to Other Trafficking Survivors

After getting out, Kerry remembered the DIGNITY Diversion program she had attended years before and asked if she could attend and share her experience with the group. She is motivated to help other women escape the life before it’s too late. “If I can stop someone else from going through what I went through, I will.”

Learn more about the DIGNITY Diversion program or support this important work with a monthly gift.

More in this category: « Finding Freedom After Sex trafficking
back to top