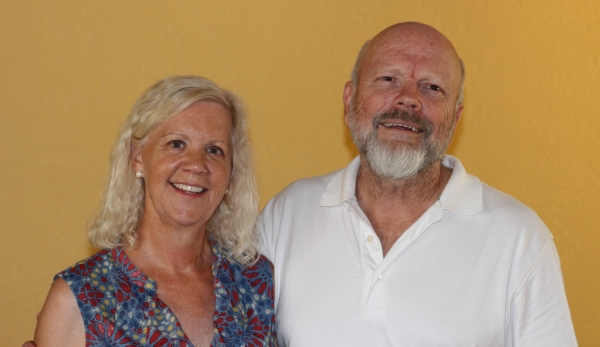 Mike and Carol are on a mission to help children who have experienced severe trauma. In ministry, they’ve counseled trauma survivors all over the world. Now they’ve accepted a new challenge to become foster parents. The goal of foster care is to return the children to their parents after safety issues are addressed in the home. Here is one of Mike and Carol's stories of foster care.

When Samuel, Sofia and Isabella entered the foster care system, they came to live with Mike and Carol. Samuel and Sofia were 3-year-old twins. Isabella was 4 years old. The kids would throw long lasting tantrums every day, often crying for their father. Carol said she would hold Samuel in her arms and rock him back and forth in her rocking chair, sometimes for hours.

As the weeks and months went on, the tantrums and behaviors got better. “Every child who comes to our house is given unconditional love,” said Mike. “We meet them where they are and build trust by being consistent in our boundaries.”

The children became more verbal and loving. Their attitudes and eating habits were changing. Mike and Carol attended a foster care review board meeting. During this meeting key players such as foster parents, case workers and biological parents come together to discuss the child's future. They met the children’s father. He was very appreciative of the care they were receiving and very kind. That meeting made a lasting impression on Mike and Carol.

After four months, when a parent aid couldn’t pick the children up to visit their father, Mike took the kids to the visit. The father was happy to see Mike and invited him to stay for the visit. Mike was hesitant at first, but the father insisted. The children’s father gave Mike more information about the children and informed him of an medical issue with Isabella, which enabled Mike to initiate care. Mike could easily see the children had a good relationship with their father, and he loved them.

More time passed, and eventually, the father was reunified with his children. When Mike and Carol took the kids to their new home, they noticed that the apartment was pretty bare. They were able to gather more items, two car loads in fact, including beds, bedding, a table, toys and more.

Foster parents receive a monthly stipend to support the children in their care. Carol had some of those funds left over and gave them to the father. He couldn’t believe it and tried to refuse the money, they insisted that it did not belong to them. He told them, “My house is your house.”

Mike and Carol continue to have a relationship with the children and their father. They are there when needed but are careful to keep enough distance for the kids to fully embrace their life with their father.

Mike and Carol are now foster parents to more children, but they never forget those who go home. Their job is to love for a little while, then let go.

Learn more about becoming a licensed foster parent or the other ways you can help kids in foster care.

More in this category: « Radio DJ Leads Family to Their Daughter Choosing Parenting or Adoption »
back to top