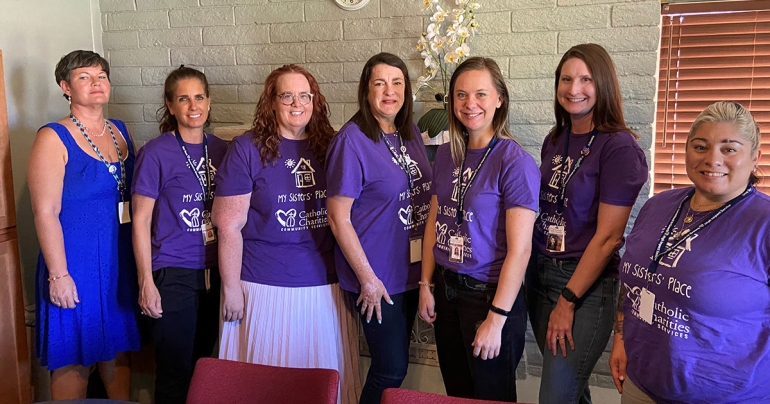 A relationship characterized by domestic violence rarely starts that way. In the early stages, an abuser may shower their partner with affection to gain trust. But over time, behaviors that seem innocent can lead to a controlling dynamic.

Despite news coverage of murders, missing persons cases and more involving domestic violence, there’s a lack of awareness surrounding how common it really is. According to the National Coalition Against Domestic Violence, 10 million adults in the U.S. experience domestic violence every year.

Not every case involves physical abuse, such as hitting, slapping, punching holes in walls or destroying belongings. There are four other types of abuse:

Struggles of Leaving an Abusive Relationship

The most difficult thing for people who haven’t experienced abuse to understand is why someone would stay in this situation. In some cases, a person may stay in an abusive relationship because they don’t have the financial resources to leave.

“They won’t take the first step because they know they can’t afford to live and pay rent on their own,” says Alicia Paddock, Senior Program Manager at Catholic Charities’ My Sisters’ Place shelter.

However, there are resources to help people escape abusive relationships. Catholic Charities’ domestic violence programs support individuals and families whose lives have been uprooted by abuse.

When Ashley found herself at My Sisters’ Place, she knew it was an opportunity to change her life. Her boyfriend became physically abusive when she got pregnant, and she feared for her and her child’s safety. At My Sisters’ Place, Ashley worked with a counselor and focused on her parenting skills, which motivated her to find a job and housing.

With the help of Pathways, victims like Susan are overcoming domestic violence situations. Susan’s partner had been emotionally and physically abusing her for years when she reached out to Pathways. The team assisted her in completing an order of protection and helped her create goals, find employment, access benefits, and move out on her own.

These programs don’t just get people out of domestic violence situations, but educate them so they can protect themselves. With this knowledge, clients can work towards stability while giving themselves the kindness they deserve.

If you’re interested in supporting the work of My Sisters’ Place and Pathways, view our Amazon Charity List or give online.

More in this category: « Safer Way to File Protective Order for Domestic Violence Victims
back to top