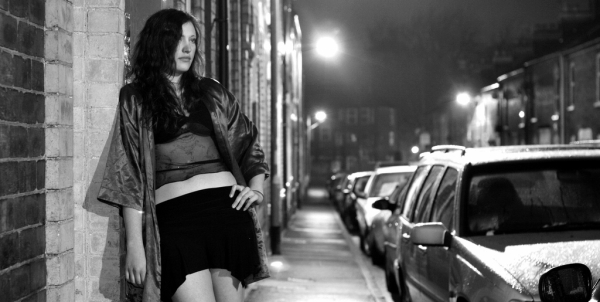 “You think you are in love with drugs," said "Melissa," a sex-trafficked survivor. "That only they will make you feel better, but in reality, the drugs are beating you up, taking your money, making you its slave and killing you. Drugs were my pimp.”

Melissa started experimenting with drugs at the age of 14 - and by age 19, she was a full-blown meth addict. At the time, she had a great job, nice things, and loving parents - but eventually, she lost all of that to addiction.

Over time Melissa burned bridges with family and friends. She couldn’t keep a job and sold or traded everything she had for drugs. The only way to make money was to sell her body. She began trading sex for a place to stay and for drugs. At the age of 25, she realized she was a prostitute.

Melissa’s parents tried to help her, but it was of no use. She was stealing from them and bringing unsavory characters over to their home. They kicked her out.

In 2009, Melissa turned 31, she had been homeless for five years. Drugs became hard to come by, even when she had money. She would go almost a week without a fix. During those lucid moments, her conscience would get the best of her, reality is harsh for a hard core drug addict,” Melissa said.  She missed her parents and wondered if she would ever see them again.

She hopped on a Greyhound bus and headed to Phoenix. Once she arrived, she realized she didn’t know anyone and nothing was free. She had nothing to eat and no where to sleep. She spent 20 days on the streets and only got attention from scary people. “If I didn’t get out I knew I would go to prison or die,” Melissa said.

Melissa spoke with someone from Community Bridges and told them, “I’m a drug addict and a prostitute and I want help to get out.” They told her about Catholic Charities and the Dignity program for women caught in prostitution.

Melissa has been out of the life and sober for more than five years. She says, “I can do anything, the sky is the limit.” She is a senior at Arizona State University and proud of her accomplishments. She has a relationship again with her parents, who are also proud of her.

“I spent so much of my life as a liar, a thief," said Melissa. "I lived in fear and bondage, but now I strive to achieve excellence in everything I do.”

Melissa visits Catholic Charities Diversion program and speaks at their graduation ceremony regularly. She is a role model to other girls still caught in the life.

You can be a part of helping women overcome a life of sex trafficking. Please consider becoming a one time or monthly giver.

More in this category: « Karen's Second Chance Top Three Myths of Sex Trafficking »
back to top