Unaccompanied Minor is Focused on the Future 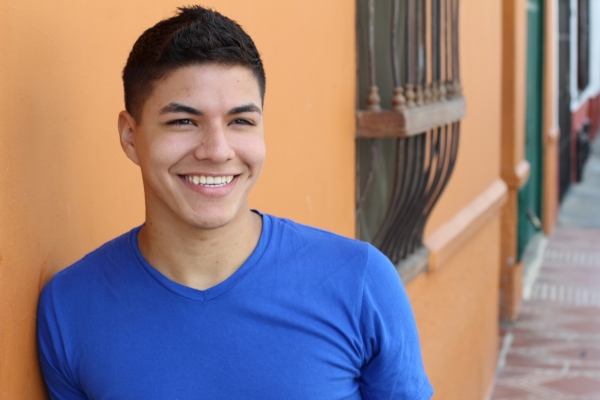 ID 141207437 © Alberto Jorrin Rodriguez | Dreamstime.com
Daniel is a 17-year-old who loves playing soccer, running cross country, and going to the gym. He is an excellent student who takes the initiative to seek extra tutoring when needed. He is an example to other youth. But before he grew into the young man he is today, Daniel struggled in ways that no child should ever have to.
Daniel is a minor in the Unaccompanied Minors Program at Catholic Charities. After fleeing violence and poverty in his home country, Daniel traveled alone as a young teen to get to the United States. He was apprehended by Border Patrol at the US-Mexico border, Daniel began the long journey to get to where he is today.
For a while, Daniel lived in federal custody in a series of youth shelters. He hung onto his goal of a better life in America despite the challenges that come with being an unaccompanied minor. Daniel was hundreds of miles away from his family, fighting a case in immigration court, and living in a strange, new place.

Daniel lived in the shelters for about a year, then he was accepted into the Long Term Foster Care (LTFC) Program at Catholic Charities. This meant that Daniel was able to begin living a semi-normal life in the United States. He entered a loving foster home, enrolled in public school, and began improving his English language skills.
Daniel also enrolled in sports teams at school and began making a lot of new friends. His foster mother taught him to cook, do laundry, and other skills he would need to become an independent young adult.

Daniel was in the Long Term Foster Care Program for a year before his legal case progressed and he was able to enter the Unaccompanied Refugee Minors program.
Since then, Daniel has focused on his future and has expressed interest in volunteering in his community in order to build his resume so he can be prepared to eventually get a job.
Daniel can now easily communicate in English. He is motivated with his school work; he has been able to pass all of his classes despite the language barriers. Daniel embraced the opportunity for extra tutoring to help him succeed, and he is taking summer classes in order to be able to graduate on schedule.

Daniel’s foster mother continuously reports how helpful and responsible he is. Soon, Daniel will be turning 18 and will begin the transition into living independently as a young adult. His case manager from Catholic Charities is more than confident that he will be ready for this next step.
Daniel is an example of how the services provided in the Catholic Charities Unaccompanied Minors Program can help youth overcome overwhelming odds to become successful members of their community.

Erin Pelley is a case manager in the Unaccompanied Minors Program. Erin earned her bachelor’s degree in Public Health from the University of Arizona. Before becoming a case manager, Erin worked as an Americorps VISTA volunteer for the Unaccompanied Minors Program. She has been with Catholic Charities for one year and is looking forward to many more.
Tweet
Read 2253 times
Published in Refugee Assistance
Tagged under

More in this category: « Refugee Siblings are Essential Workers Unaccompanied Refugee Minor Prepares for Independent Living »
back to top