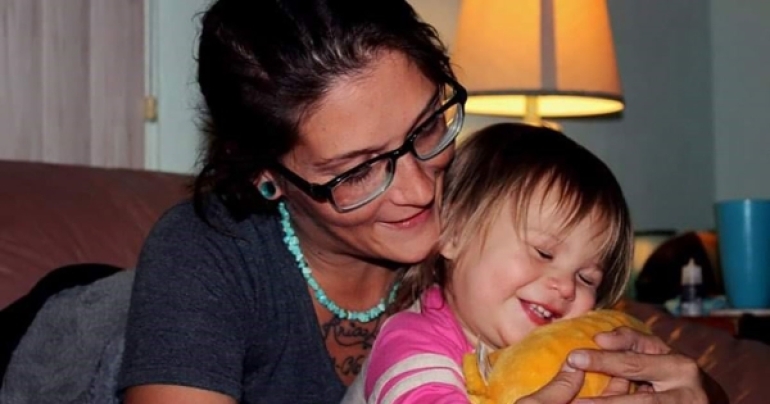 Kristine hadn’t been using for long and didn’t think she had a problem. But what started out small became a monster that stole every ounce of joy from her life.

Everything seemed to fall apart, DCS (Department of Child Safety) ended up getting involved due to domestic violence occurring in her home. “That should have been my sign to get myself and my children out of that environment, but I didn’t,” she said.

When her entire household got sick with COVID, things took a turn for the worst. Her ex became more and more physically abusive when he couldn’t get and keep a job. All the blame and hurt came down on her.

Stuck in a Vicious Cycle

In January of 2021, she was hit with a devastating discovery. Her ex was abusing meth again, but Kristine felt she couldn’t do anything about it. He began to hit her more and more, until it got to the point where she started to suffer serious injuries.

To numb the pain of the abuse, Kristine began using meth with her ex. As a result, Kristine’s youngest child was removed from the home. Her case worker hoped this would be enough to get Kristine into rehab and to make changes, but it wasn’t.

Gaining Her Power Back

Rock bottom finally came when Kristine and her ex were arrested a few days later. There was no other choice; she was ready to find strength in herself and overcome her addiction. She was put on a waiting list and went to rehab.

“I am thankful that I went because I was able to make clear and correct choices without any outside influence or pressure from my ex,” she said.

Rehab was an enlightening experience that helped her with far more than just her addiction. Kristine saw clearly now that she was in an unhealthy relationship that affected her judgment just as much as drugs did. Her newfound strength allowed her to break up with her ex in rehab, where she felt safe.

She spent six weeks in rehab and then moved to her mother’s house. She has been working with Arizona Families F.I.R.S.T. (Families in Recovery Succeeding Together), a program that supports parents with addiction to substances in obtaining sobriety. It connects families to treatment, detox programs, individual counseling and community resources with the ultimate goal of reunifying with their children.

The first couple months after rehab challenged Kristine and her sobriety. She took it one day at a time and looked for the beauty and positivity in her life. She now has a job, and her daughter was returned to her care in January 2022.

Kristine has good days and bad days, but she knows that she has the strength to get through them. “I am proud of who I am now,” she added.

More in this category: « Mom Reunifies With Family After Battling Lifelong Addiction Stressed Father Finds Support »
back to top