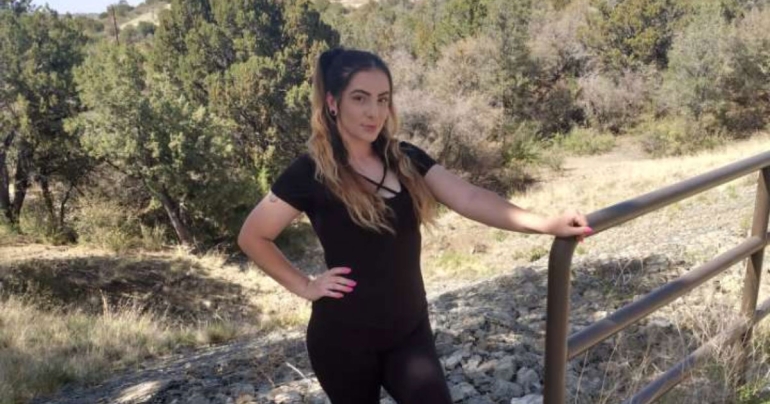 From the time she was born, it seemed that all the odds were stacked against Summer. She grew up with a mom who had an addiction to substances, so Summer took on the role of caring for her younger siblings.

Becoming overwhelmed with all the responsibility, Summer began drinking, partying and experimenting with drugs. She would spend the night anywhere if it meant not having to go home.

“I finally felt like I could breathe. I felt normal for the first time in my life. It was then that I knew the secret to getting through all the pain of life. Or so I thought,” said Summer.

Summer received support to get clean and completed high school but found herself being pulled back into addiction. She stopped eating, was pulled over, her car was impounded and she lost her job.

But the pain, that need for support, didn’t go unnoticed when Summer ran into a friend from high school. Her friend helped her learn how to eat again and get clean. They ended up dating and decided to move to Arizona.

The day they left, Summer found out she was pregnant. Sadly, her daughter was born with Cystic Fibrosis, a genetic lung and digestive disorder.

She was crushed by the diagnosis. Summer began having intense panic attacks that resulted in her receiving her own diagnoses that included multiple mental health disorders.

Fighting the Pull of Addiction

Summer began taking medication as part of her treatment plan. She started a cleaning business, daycare and worked at a bar until she became addicted to cocaine. Subsequently, her child’s father and his friend got into a fight and the police were called.

Summer was arrested and sentenced to probation and substance abuse outpatient classes but retained custody of her daughter. She was doing well until she was prescribed Vicodin for a toothache, and addiction overcame her once more. She bought Percocet off the street, which turned out to be Fentanyl, and was hooked.

“My habit got worse and worse, but I was unaware of how addicted I really was,” said Summer.

After being honest that she would test dirty for Fentanyl, Summer’s parole officer found a pill in her purse. The police searched her house and found more pills, one of which had fallen on the floor and was within reach of her daughter.

Facing serious charges, Summer was sentenced to 45 days in jail and signed over custody of her daughter to a family member. She began residing in a sober living house, as part of Recovery Court, court-supervised substance abuse treatment program, and probation.

When Summer was four months clean and got to hug her daughter again, she knew it was all worth it. In September 2021, she began working with DCS (Department of Child Safety) to reunify with her daughter.

She was referred by DCS to Catholic Charities’ Arizona Families F.I.R.S.T. (Families in Recovery Succeeding Together) program, which assists parents with addiction to substances in navigating resources to achieve sobriety. Summer found support in her case worker, Marissa. Marissa provided Summer with the tools to learn new coping skills, as well as resources to gain independence and achieve her goals.

“I’ve broken several generational curses. The universe has its ways of making sure I break them all so my daughter can have a safe, stable, healthy and happy life!” said Summer.

For parents achieving sobriety and working to reunify with their children, a simple donation of some snacks or cleaning supplies can go a long way. Using our Amazon Charity List, it’s quick and easy to donate items directly to our offices.