Our Community Re-Entry program provides safe, affordable, temporary group housing for those who have had justice involvement and need help getting their lives turned around. Each resident contributes to house chores while they strive to improve their situation by finding employment, attending substance abuse support groups, and checking in with their probation officers. 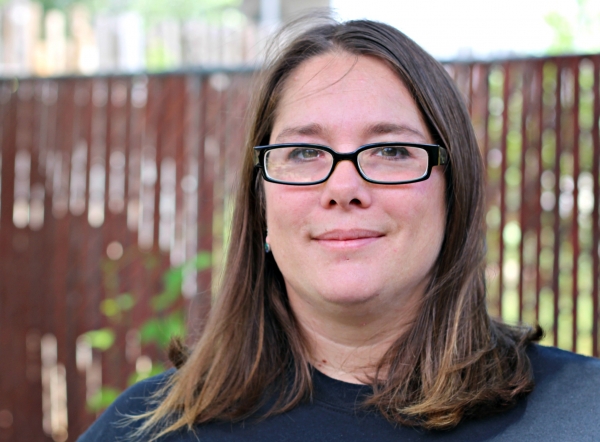 One of Robin’s earliest memories was getting drunk on beer at age 2 under a table. She can’t remember when addiction wasn’t present in her life. With an undiagnosed bi-polar father and alcohol-addicted mother, her childhood consisted of a lot of instability, changing addresses in multiple moves and alcohol. 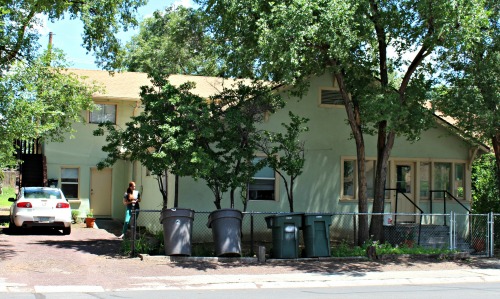 As a “straight A” student, Robin did well in school, but faced 90 tardies one semester due to using alcohol in the mornings as a teenager. In her 30s, her alcohol addiction turned to heroine and meth. Then came losing her four children. Getting involved with Phoenix drug dealers who as she describes “had no issue with killing people and dumping their bodies in the desert.”

Soon, she started having run-ins with the police for drug possession. First, a 30-day sentence. The next offense brought a 60-day sentence. Each time she was caught with drugs, her jail sentence increased until she served a five-month sentence. To pass the time, she attended the jail’s drug rehabilitation program and had an epiphany.

“I knew I couldn’t live like this anymore,” Robin says. “I knew I had only so many more chances before I would die.”

Wanting to live, Robin started her drug-free recovery. But as her jail sentence neared its end, she started to panic. Without friends, family, money or a home, she revisited her old survival plan. “I was tempted to do what I would always do,” Robin says. “Hook up with a guy, start using drugs and just do what he did, because it’d give me a routine and a place to live. But I didn’t want to keep using, I wanted to stay sober and clean.”

Hope for the Future

She started working with Camie Rasband, case worker for Catholic Charities, while in jail. Camie helped to identify resources and housing. After a fruitless search for openings at local half-way houses, Camie told Robin about a new reentry home called the Juniper House run by Catholic Charities in Flagstaff, Ariz.

“I would say that 75 percent of the women we work with in the jail state that lack of a safe place to live is a critical factor in their using habits, their chances of reoffending, as well as their physical safety and well-being,” says Camie. “These women have so much positive momentum from completing the substance abuse program at the jail, they bring that to the house and utilize that to get jobs, reconnect to their families, and ultimately to stay clean and sober, as well as encourage and support one another.”

The Juniper House has five rooms for eight women exiting jail. The home rules are no drug or alcohol use, no visitors and tenants needed to pay rent of $325 per month. Lauren Randel, Catholic Charities housing care coordinator, says staff help out by, “checking women in, running the Wednesday morning house meeting and addressing any issues with the home. But it’s run as a home, not a half-way house. So while sobriety is important, if one of the tenants relapses, they won’t lose their place here. They can’t stay here while using. So if a woman is drunk from alcohol, Catholic Charities staff refers them to an alcohol clinic or a safe friend or family approved of by their probation officer.  However, the next day, when she is sober, she can return to her room at Juniper House.”

Juniper House feels like a home, rather than an institutionally run shelter.  Women cook together, watch movies in the living room and talk with each other. Catholic Charities staff help the women by giving them support, resources and access to donations like hygiene products and clothes.

Robin, who had only one dirty outfit in jail storage, welcomed the donated clothes and hygiene products. “I told Camie, I was tempted to steal hygiene products, because I didn’t have any money,” Robin said. “But these items had been donated, and I had access, which helped me. Then I got a job.”

Giving Back to Help Others

Now, Robin is leading the women at the Juniper House. She’s a volunteer at the prison to give women like her hope. She’s reestablished relationships with her sister and children. She’s even found her way back to her love for education and plans to pursue a degree in social work.

While life isn’t perfect, and she’s hit a few bumps like quitting one job to find another or putting hard work into her new relationships, she’s finding life holds a lot more for her than pain.

While she’s lost much in her life, she’s now on a path to finding new loves, hopes and dreams again. This time, she’s not walking her life alone, but with support.  Robin now believes, “We need community to make it.”

You can be a part of helping women like Robin by supporting Catholic Charities and the work of our housing programs. Your one-time or monthly gift will help women leaving jail to find a safe place to live while they rebuild their life.

More in this category: Young Mother Starts a New Life Thanks to Juniper House »
back to top