Young Mother Starts a New Life Thanks to Juniper House 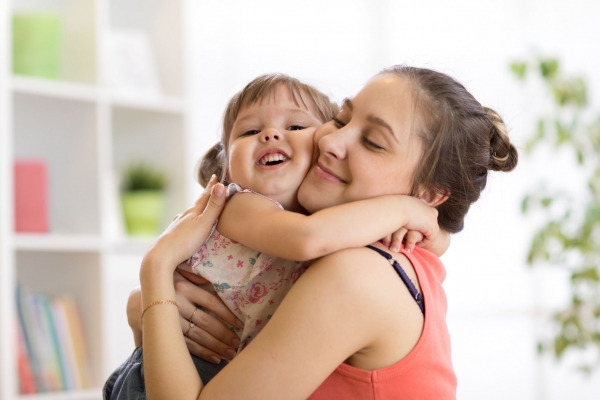 Chelsye, a mother of four, in Tuba City, AZ never imagined she would face several years without her children. But, after experiencing family setbacks and making some bad decisions, that’s exactly what happened.
A few years ago, 35-year-old Chelsye faced a life without her father, whom she was very close to, after he passed away unexpectedly. He had always supported her and was a wonderful grandfather to her four children.

Following the loss and a difficult separation from the father of her children, Chelsye turned to alcohol and drugs as a coping mechanism.

She began a downward spiral of bad decisions, and says, “It was like I was back in high school. I was making the kinds of decisions that I knew were not good, but I just couldn’t stop myself.” She experienced depression and couldn’t seem to find a way out by herself.

That’s when Chelsye hit rock bottom. During a visit to Flagstaff, she was arrested for possession and other drug offenses, and ended up in jail. Her husband’s father stepped in to care for her children, but Chelsye was beside herself with grief and loss and now faced two years in jail. Not only had she lost her father, separated from her husband, but now she was in danger of losing her children too.

Thanks to Catholic Charities’ partnerships with law enforcement agencies in Northern Arizona, Chelsye found out about Juniper House when it was time for her release. She was scared and didn’t know where to begin.

But, after speaking with Catholic Charities’ program staff, she knew Juniper House could give her the fresh start she needed to be there for her family.

Juniper House is a home in Flagstaff where up to 8 women who have been released from jail for minor offenses can live following their release. Ideal candidates are those who do not have a stable and supportive home to go following release and need a little extra help to get back on their feet. The program is not a traditional sober house. Instead, it allows the residents to become self-sufficient by providing support and resources that allow them to find employment, and ultimately, permanent, affordable housing.  Juniper House is one of four Catholic Charities specialized re-entry group living homes in Northern Arizona.

Chelsye knew she couldn’t afford rent in Flagstaff, had no employment, and was nervous about facing sobriety alone. She was determined to build a new life, and Juniper House gave her the start she needed.

She was able to get a job at McDonald’s almost immediately, attended group meetings facilitated by Catholic Charities’ staff each week, checked in with her probation officer as required, and faithfully attended AA meetings. She worked hard, paid her affordable rent at Juniper House and saved money. It wasn’t easy, but Chelsye says the friendships and support of the other residents at Juniper House are what helped her through the long two years it took to become financially and emotionally stable enough to reunite with her children.

“I was so nervous when I walked in (to Juniper House). I didn’t know any of these other women, I wasn’t sure I could do it. But, I made friends that still support me today. We help each other through the rough times. That’s how we make it,” Chelsye says.

Today, Chelsye and her kids, ages 12, 7, 5 and 3 are living together back in Tuba City and she is looking forward to a bright future and watching her children grow up happy and healthy. She is still in touch with friends from Juniper House and they continue to support each other.

Catholic Charities re-entry program is available in select locations for women and men leaving jail in Northern Arizona. Residents are referred by law enforcement or detention staff and must follow house rules and obtain employment.